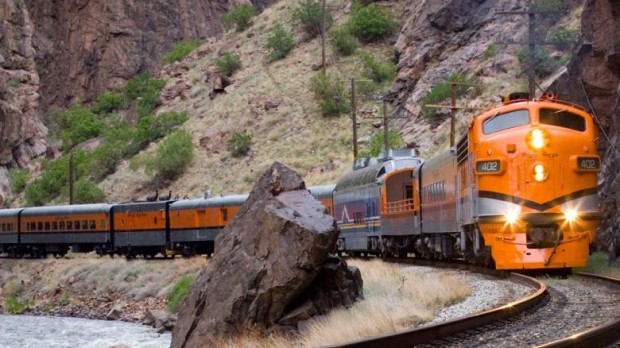 The Royal Gorge Railroad has had a long and interesting history, starting back in 1878. The Arkansas River valley in Colorado was having a lead and silver mining rush, centered around Leadville, and the railroads wanted to get in on the action. The Denver & Rio Grande Western railroad and Santa Fe both had tracks in the area, but the river ran through a narrow gorge, with only enough room for one railroad. Santa Fe hastily put together a crew, and began grading for a railway line in the mouth of the gorge, near the town of Cañon City. The Rio Grande railroad already had tracks less than a mile from Cañon City, and hurried to get to the opening of the Royal Gorge, but were blocked by the Santa Fe—they were only a few hours too late.

But the Denver & Rio Grande Western wasn’t going to give up so easily! This sparked the beginning of ‘The Royal Gorge War’, which lasted two years. The matter was taken to court, but it that wasn’t enough. As the Santa Fe continued building their railway through the Royal Gorge, the D&RGW did everything in their power to slow, delay, and inhibit them. Rolling boulders down and sabotage were not beyond them.  Santa Fe struck back, hiring Bat Masterson, Doc Holiday, and 60 others, who seized control of several of Rio Grande’s railway stations, from Denver to Cañon City. Rio Grande in turn gathered together a group of gunmen and retook their stations. The Royal Gorge War finally came to a close when the US Supreme Court gave the primary right to building a railway through the gorge.

The violence came to a stop, but the dispute between Santa Fe and D&RGW couldn’t end so easily. Complex leasing arrangements, market manipulation, court injunctions, a siege, and more violence ensued over the next several years, with the conflict eventually completely dying out.

Today the route through the gorge is owned by the Royal Gorge Route Railroad, and is a lovely scenic ride completely free of conflict. The ride is unlike any other, with incredible views, a hanging bridge through an incredibly narrow 30-foot wide part of the gorge, and canyon walls that rise 2,600 feet above the track!

The Royal Gorge Route Railroad offers several different ride types. Prices range from $39 for adults, $28 children 3–12 for Coach Class, to $150 to ride with the engineer, and multiple price points in between. Specials include the Dinner Train, which offers fine-dining with a three course meal, the Murder Mystery Train, which is a fun murder mystery dinner aboard the train, the New Year’s Eve Train, and the Santa Express. For full details and up-to-date pricing & departure times, click here. You can reserve your tickets by calling 888.724.5748 or 719.276.4000

Josiah works primarily in web development and writing, and once wrote a 50,000 word (unpublished) novel in a month. He also loves to travel, and explore different cultures and locations.

Places to See in Colorado 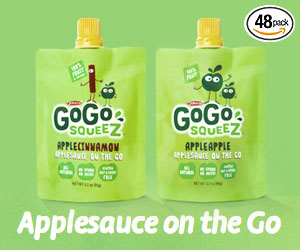